Make the most of the long weekend with 75% off clearance styles, Weekend Wows + more—happening now at Coach! 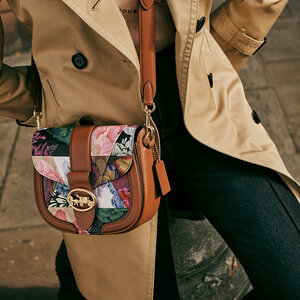 WATCH FOR UPDATES AS THE SEASON ARRIVES

STORYTIME WITH SANTA!
Join us online for live reading of “Snow Globe Santa”
with Author, Kathryn Burgess, and Santa!
Watch for new days and times

Limited copies of the storybook are available for purchase at Sondra’s/Tattle Tales and The Studio Boutique!
OR
CLICK HERE TO PURCHASE “THE SNOW GLOBE SANTA” STORYBOOK ONLINE (delivery date not guaranteed.)

Did you know that 65 years ago, we were simply known as “Santa’s Village” and celebrated our very first Christmas? So it’s no surprise that this is our favorite time of year when we can continue the tradition of making spirits bright among generations of families and friends.

Watch for new days and times – we welcome you to bring back a little nostalgia with us and experience new memories at Santa’s Village 65th Christmas celebration!

You might be familiar with SkyPark at Santa’s Village as it’s known today, but did you also know these fun facts about us?